“It is not just gender segregation policies that can foster a hostile environment for female pupils. Ofsted has also been vocal about widespread sexism and misogyny within ‘faith’ schools.” 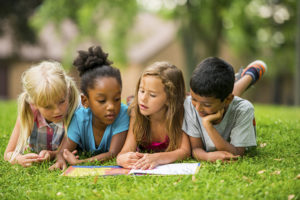 Last week, an Islamic school in Birmingham was caught advertising for a male-only science teacher. The advert, since removed from their Twitter page, made it clear that the school would only be hiring for a male teacher.

The Equality and Human Rights Commission has since stated that gender specific job adverts are ‘discriminatory and unlawful, unless an occupational requirement applies’.  In other words, in order to justify this discrimination, the school would have needed to prove that there was a clear link between the specific job and the need for the teacher to be male. It is hard to see how this could be applied for the role as a science teacher. The headmaster of the Salafi Independent School has claimed that the decision was made because of ‘religious observance reasons’.

The event can be seen as part of a wider issue of gender inequalities faced by both teachers and students in ‘faith’ schools across the UK. And this is not confined merely to the initial hiring of teachers. Once hired, male and female staff members may continue to face unequal treatment in a variety of ways.

“The sexist policies of these ‘faith’ schools do nothing to challenge these damaging stereotypes.”

For instance, in 2015 Ofsted reported that the Rabia School in Luton was segregating male and female members of staff during training programs, and expecting the women to watch the broadcasted sessions from a separate room. A dividing screen was even erected during an initial meeting with Ofsted.

Pupils are also frequent targets of these gender segregating policies. Ofsted has found cases of segregation in Islamic, Jewish, and Christian ‘faith’ schools. FSA has previously reported on a madrassa where girls were taught by a male teacher from an adjacent room. Books were passed through a hole in the wall to ensure there was no contact.

The Rabia School was also condemned in the same Ofsted report for practising ‘unequal treatment of girls and boys’. For example, as part of the design and technology curriculum, girls were denied access to the boy’s laboratory, and limited to ‘knitting and sewing’. These actions not only signal a lack of respect for gender equality and tolerance, but are also clearly unlawful. Ofsted has argued in a number of cases that gender segregation policies of ‘faith’ schools can be considered discriminatory under the Equality Act 2010 as the policies tend to place women at an inferior level to men.

“One mother reported her daughter being told that her knee length dress was ‘disgusting’.”

It is not just gender segregation policies that can foster a hostile environment for female pupils. Ofsted has also been vocal about widespread sexism and misogyny within ‘faith’ schools. Grindon Hall Christian School and Durham Free School were both criticised by inspectors for not discouraging a sexist and homophobic culture. Accelerated Christian Education schools have been reported as teaching that women are to be subservient to their husbands, their pastor, and other male figures. And other Christian ‘faith’ schools have also been criticised for not teaching pupils a full Relationships and Sex Education curriculum, avoiding topics related to women’s reproductive rights and sexuality.

Gender segregation policies often go hand in hand with strict uniform policies for female pupils. FSA has previously reported on a Modern Orthodox Jewish School, with split campuses for boys and girls, where girls faced teachers who had an ‘obsession with dress code and skirt length’. One mother reported her daughter being told that her knee length dress was ‘disgusting’. Another Jewish school was banned from admitting new pupils in 2016 in part because it was teaching pupil that ‘women showing bare arms and legs are impure.’

Numerous other ‘faith’ schools have been accused of not promoting British values, too. A Jewish Independent school was failed by Ofsted in 2016 in part for inadequately preparing pupils for ‘life in modern Britain’ – including reporting that pupils demonstrated ‘stereotypical views on the roles of men and women, with men “going to work” and women “cooking and cleaning”.’ In January last year, a Muslim school in Tower Hamlets was found to have books in its library that promoted the inequality of men and women, and which also included details about punishments such as ‘stoning to death’.

The opportunity for children to learn and socialise together is part of their preparation for life after school. Schools are also places where children pick up a huge amount of the information on gender roles and gender stereotypes. Tragically, a recent study found that by the age of six, girls already believe that being smart, and being brilliant, are male traits. The sexist policies of these ‘faith’ schools do nothing to challenge these damaging stereotypes.