“Stop taking parents for mugs. Stop pretending that Anthroposophy is not promoted or taught in the schools, as if it were somehow unimportant. Be honest.” 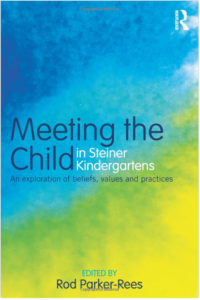 Are Steiner schools religious? It’s rare to find a straightforward answer to this question and it is one the movement itself struggles with. Usually the question is answered along the lines of not adhering to any particular faith or denomination but instead cultivating a more vague form of spirituality and ‘reverence’ for nature.

The Steiner educator Eugene Schwartz was unequivocal on the place of religion:

‘I’m glad my daughter gets to speak about God every morning: that’s why I send her to a Waldorf school… I send my daughter to a Waldorf school so that she can have a religious experience. So that she learns something about reverence. So that she learns something about respecting a higher being… To deny the religious basis of Waldorf education… to satisfy public school superintendents, or a talk show host, or a newspaper reporter, is very, very wrong. And the Waldorf leadership, I would say, are waffling on this matter. I would say we are religious schools.’

But what kind of religion is he talking about? The truth is that Rudolf Steiner took Christianity as his starting point but developed his own very different interpretation of the place of Christ in the history of humanity and in his central doctrine of Anthroposophy. As a result he’s equally derided for this by both secularists and mainstream Christians.

In the Autumn 2011 edition of New View magazine, Steiner early years consultant and educator Jill Taplin, in the article ‘Reflections on some early childhood questions’, discusses two book reviews and adds her own thoughts on issues that the books raise.

The first book, ‘The Seasonal Festivals in Early Childhood: seeking the universally human’, is a compilation of articles on the important place the celebration of festivals has in Steiner education. The book makes clear that festivals celebrated at Steiner schools are Christian ones, but that the customs and practices involved in their celebration are recognisably anthroposophical. ‘Anthroposophy’, Taplin says, ‘is inseparable from the concept of evolutionary Christianity’ (i.e. that ‘the death, burial and resurrection of Jesus Christ were essential to the survival and development of humanity and the earth’).

This is strong stuff for a movement which publicly distances itself from any particular religious creed.

The second book Taplin refers to is ‘Meeting the Child in Steiner Kindergartens: an exploration of beliefs, values and practices’ which is based on a joint research project by the University of Plymouth and the Hereford Steiner Academy. ‘Meeting the child’ refers to an acknowledgement of the spiritual dimension in Steiner education and the unusual practices this can lead to:

‘We trust the spirit within the child and we endeavour to meet and understand that spirit and its purposes… We trust that the child, given time to play uninterrupted (as part of a rhythmically structured day), will do what he needs to and learn what he needs to.’

I can’t help wondering whether this commitment to uninterrupted play can explain the frequent and widespread reports of bullying and physical violence, even in the Steiner kindergarten, that is allowed to continue and get out of hand, allegedly for the greater good of the children’s karma and spiritual development.

When such problems arise, however, Taplin blames a breakdown in communication with the parents or a failure to ‘meet the child’. For parents with more conventional approaches to parenting who, for example, believe that young children do need to understand where the boundaries of acceptable behaviour lie, Taplin explains that:

‘The [parents’] next step is frequently to do some research online and immediately they find “Waldorf Critics” sites portraying our movement as racist, a religious cult, or, at the very least, doing and saying some very odd things. Many Waldorf critics…are former Waldorf parents. They are examples of breakdowns in communication, perhaps because through various experiences they believe that they have encountered religious intolerance or even indoctrination, or perhaps because they feel that the school has misunderstood and let their child down badly in some way.’

Taplin believes that Steiner practitioners can often ‘speak out of habit without appreciating that our listener doesn’t understand some of the phrases that we use so easily’ and notes that ‘when thoughts are clearly expressed they are more easily trusted.

Now that may be true, but I’d go further: by all means keep the faith, but stop taking parents for mugs. Stop pretending that anthroposophy is not promoted or taught in the schools, as if it were somehow unimportant. Be honest, tell us what you are really about and don’t underestimate the ability and motivation of parents to understand what’s really going on.

This an edited version of an extended piece first published on the site Steiner’s Mirror.

See the previous posts about Steiner schools on Faith Schoolers Anonymous: ‘You don’t expect a school to lie’, and ‘Supressing criticism, manufacturing support’.